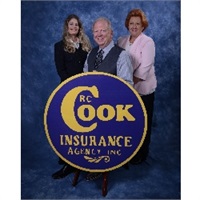 As an independent full service agency serving individuals and businesses in Northeastern Ohio for over 60 years. We service ALL of Ohio and especially Portage County along with Medina, Summit, Stark Wayne, Ashland, Richland, Lorain, Cuyahoga, Geauga, Trumbull, and Mahoning Counties.

We provide all forms of insurance for businesses as well as personal, home, auto, classic car, life, motorcyle and commercial property coverage.

In November of 2015 Reba Passed away and the agency was taken over by her son Rodney A. Cook, AIC, CIC. Rod has been in insurance for over 30 years working his way up from Adjuster, Claims Manager, National Fraud Manager and to his current position of owner/president, of RC Cook Insurance. Rodney has a BS from Ohio State University and has 23 yrs experience on the claims side of the business and 10 years in the agency. Rod has been the promise that we sell and is infinitely qualified to be a voice for our customers.